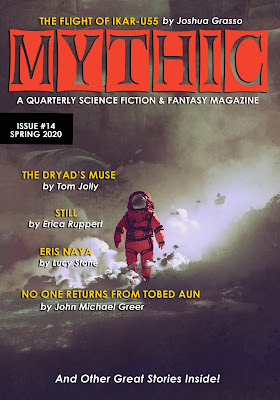 Welcome to another issue of MYTHIC. Despite many delays, I'm am delivering both this one and the final one in the quarterly format that has been standard since I launched the magazine back in 2016.

As you probably know, changes are coming to MYTHIC. The format is changing and MYTHIC is transitioning to a bi-monthly print/eBook subscription model as well as an online format that will provide stories and articles to you every week.

For now, enjoy this issue. Here's a link to the eBook edition in our Payhip store: https://payhip.com/b/upWL

No One Returns from Tobed Aun by John Michael Greer

The Chair in the Garden by Drew Alexander Ross

The Dryad's Muse by Tom Jolly

A Dragon Bigger Than My Stories by Jonathon Mast

The Flight of IKAR-U55 by Joshua Grasso 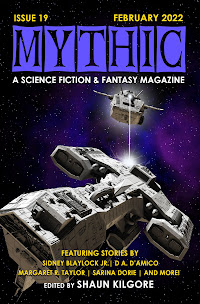 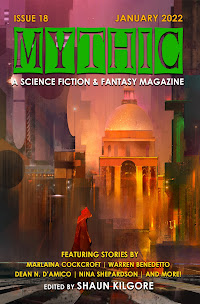